IPM was as effective as conventional management at controlling pear psylla

IPM works by having a spray program that promotes natural enemies, which provided effective (and free!) control of pear psylla. This season revealed that IPM can control pear psylla as effectively as conventional management while being less expensive. Our team will continue to monitor the same sites next season, and potentially add more.

We expect IPM to work even better next year because natural enemies have built up and will likely have higher overwintering populations near the study orchards. More broadly, as explained in last month’s newsletter we expect that the more orchards there are that use IPM, the better it will work. Conventional orchards produce high pear psylla populations in fall due to their lack of natural enemies. These adults overwinter and spread areawide in spring, causing the valley to have extremely high area-wide psylla pressure. Conversely, IPM orchards have natural enemies and very low populations of pear psylla in fall, which will result in area-wide decreases in pear psylla as more people start to adopt IPM.

To improve the IPM phenology program, we plan to distribute an annual survey beginning this winter for feedback, expect to see the survey in a future edition of Tree Fruit Matters!

Read the rest of the article on the WSU Tree Fruit site. 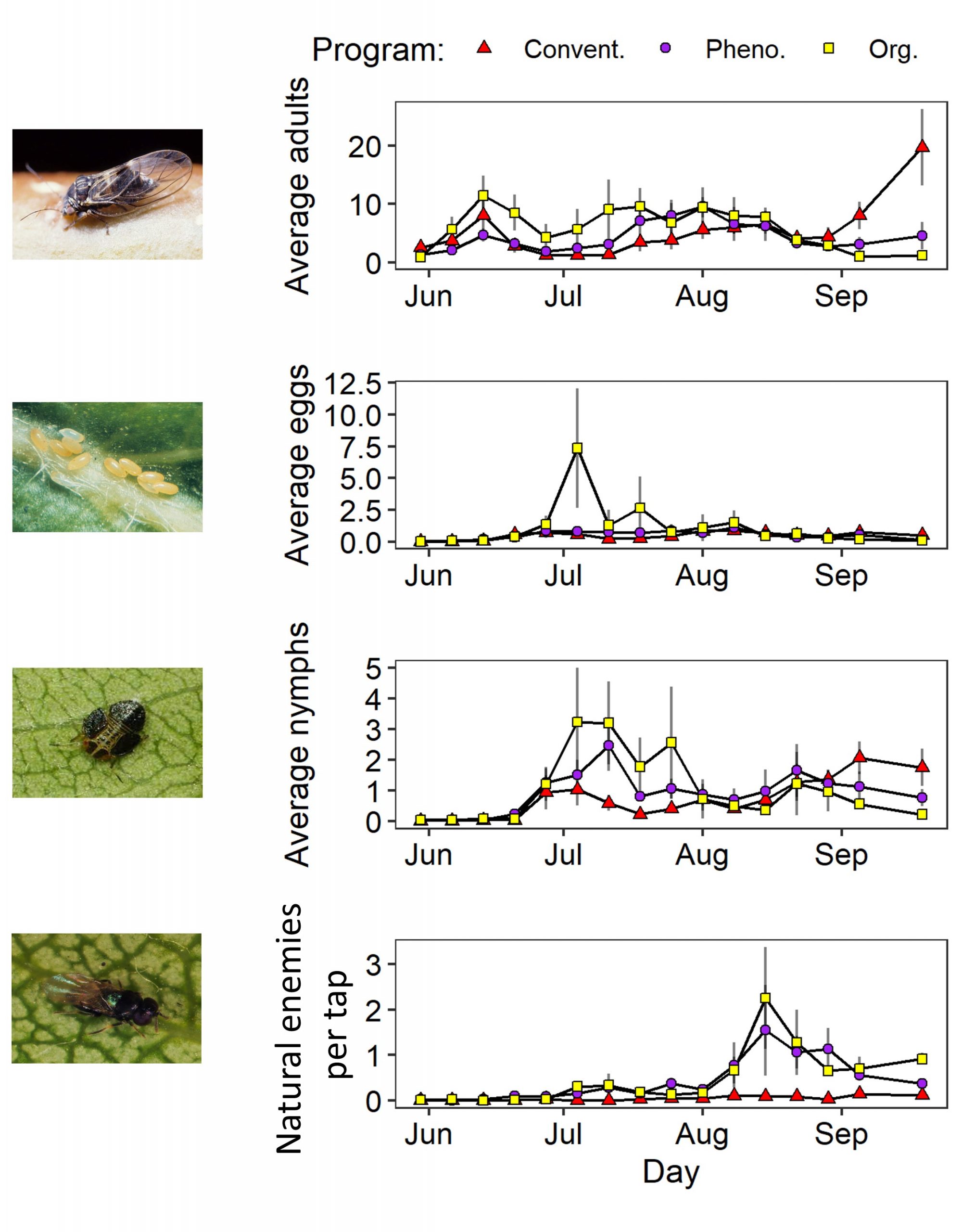